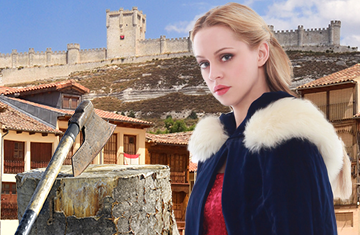 Ba’s heart skipped a beat as he awaited Lady Wen’s reply.“In the flurry of a snowstorm, I mistakenly identified Colonel Ba Renzhong as my attacker,” Lady Wen said. The soldiers gasped in shock, and she went on. “In the bright light of day, it is clear that this man is innocent and ought to be freed.”

General Gao’s eyebrows writhed like slugs on a salt pile, his mouth agape like a volcano’s maw.

Ba struggled to stand, but was helped to his feet by two of Lady Rong’s soldiers. They untied his wrists and handed him a wineskin, which he emptied with a single gulp.

“General Gao, you imprisoned this man wrongly and sought to behead him. Perhaps an apology is in order?” Lady Rong asked.