A Healing Touch by Kerry Buchanan Dark blood flowed into the sand, a sluggish trail from the throat of a man in desert clothing. An unforgiving sun blazed in the sky, scavenger birds silhouetted as they circled over the body. Sitting her horse at the top of a dune, Iriyan suspected a trap, although nothing moved all around and the horse didn’t seem anxious. She had learned to trust him — his instincts had prevented her from riding into an ambush more than once.

With a sigh, she touched her heel to the big stallion and he plunged downhill, sliding on his rump. The man didn’t move, but blood flowed, so surely life had not yet fled. With a snort to rid himself of sand in his nostrils, the horse halted near the body and Iriyan slid to the ground to kneel by the injured man’s side.

His grasp on life was tenuous. Someone had done a poor job of slitting his throat, but by rights he should be dead. Nothing I can do for him, she thought. No point in wasting water. As she stood, his eyes snapped open, trapping her with the intensity of his stare.

“Princess.” The word came on a breath from between cracked lips. She paused. No one here knew who she was. 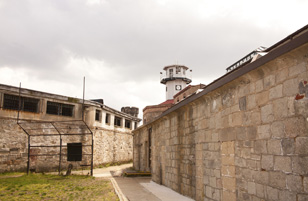